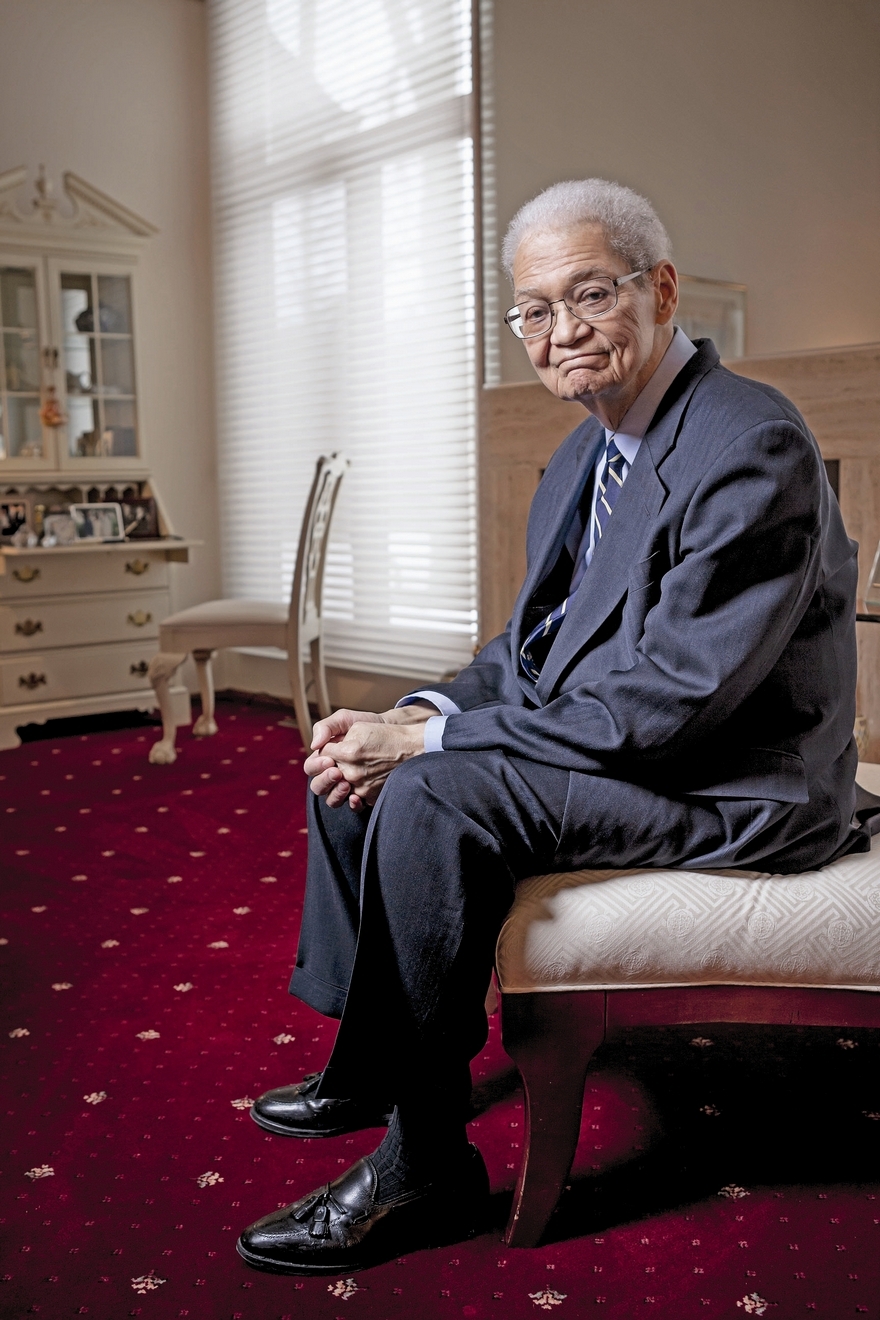 Banking pioneer Aubrey Lee, Sr. passed away on October 9, 2015.  Lee was a role model to countless bankers over the years, especially within Urban Financial Services Coalition (UFSC).
When UFSC was established in 1976 as the National Association of Urban Bankers, there were very few African Americans pursuing careers in banking.  Today, although we are happy to hear the news of an African American promoted to the executive ranks of a large bank, we are no longer surprised by it.  It was very different when Aubrey Lee started out in the 1950s in the segregated South.
Lee was a pioneer and is credited as the first African-American to take a managerial role at the National Bank of Detroit (NBD) in 1966.  Lee used that role to bring more African-Americans in as employees and managers and to extend commercial loans to minority businesses. “Trailblazer” and “pioneer” are the words that comes up when people talk about him.
Growing up in his hometown of Huntington, W.Va., Lee figured he’d spend his college days at Morehouse College in Atlanta.  He did attend there his freshman year, made possible by the savings of his grandmother, a live-in maid in New York, who before then spent most of her life picking cotton and vowing her grandchildren would go to college.  The 1954-55 Brown v. Board of Education Supreme Court rulings allowed Lee to attend school closer to home at state-supported West Virginia State University.  The lower tuition meant he could afford to pay for it himself by taking a summer custodial job at an Elks Lodge.  He followed that with graduate school at Marshall University, just eight blocks from his family home.

He also joined the Reserve Officers’ Training Corps, serving in the U.S. Army Reserves for eight years after graduation, working his way up to captain.
Lee earned a master’s degree in political science with minors in economics and sociology in 1956 at age 21.  That was good enough to get him a job, but not the one he wanted.  Despite his credentials, he couldn’t find a job for the management trainee roles he sought.
“At that time, the best job I could get was as a bank teller,” Lee said.
A black friend from West Virginia State who already had a job as a teller helped Lee get his foot in the door at NBD.
In 1980, he became chairman, president and CEO of NBD Troy Bank, a division of NBD and later served in senior vice president roles in the main corporate offices.
By the time he retired from the bank in 1999, he’d risen to senior vice president and head of the municipal banking group, just after NBD had morphed into Bank One (It later merged into Chase Bank).  Lee hit every conceivable rung on the ladder to get there: teller, head teller, assistant manager, senior assistant manager, branch manager, regional manager and a number of vice president titles.  Along his way to the C-suite, he cracked the glass ceiling, opened doors and inspired countless bankers.
“Everybody knew of Mr. Aubrey Lee,” said Stancato, who worked as a NBD regional manager under Lee early in her career. “He was a hero among us.”
Funeral Arrangements:
Visitation is from 2-8 p.m. Oct. 14, with an Omega Psi Phi service at 6:30 p.m., at A.J. Desmond & Sons in Royal Oak. The funeral will be held 11 a.m. Oct. 15 at Cross of Christ Lutheran Church in Bloomfield Hills. Visitation at the church begins at 10 a.m. Memorial tributes may be made to the American Heart Association or Cross of Christ Church.
For more information, please visit:  http://www.crainsdetroit.com/article/20151009/NEWS/151009831/banking-legend-aubrey-lee-dies-at-80