“Know the past, shape the future”

When you look at how Gail Snowden grew up, you might not be surprised at all that she chose to dedicate her life to helping inner-city youths get the education they need for a chance at a better future.  What might surprise you is the path that took her in that direction: banking.

Her grandparents moved from Virginia to the Roxbury neighborhood of Boston in the early 1900s.  Because of his race, her grandfather was denied the opportunity to become a clerk at the Army base where he worked as a janitor – until the base commandant gave him a chance to prove himself.  He rose to the rank of Colonel in the then-segregated Army.

Gail herself grew up in Roxbury, where her parents were strong community activists.  Her father rode the bus with young students on the first day of Boston’s busing crisis of the 1970s.  Her mother worked for many years on the Boston School Committee to create an international high school, which was named for her just before she died: the Snowden International School.

Gail’s parents had another important accomplishment as agents of change: in 1949, they founded Freedom House, a non-profit organization with a focus on supporting people through their educational careers, out of a desire to do something to transform their community.

Gail reports that, “through osmosis,” she learned how her parents dealt with the political world, how they dealt with the local community and what leadership meant. She even met civil rights leaders of the day, when Martin Luther King, Jr., and John F. Kennedy each visited Freedom House.

“It was an exhilarating way to grow up,” Gail says. So, naturally, you would expect her to follow in her parents’ footsteps, right? She did attend Harvard, where her mother was one of the first black students (at what was then Radcliffe). “But when it came time to go to college, I said, ‘Enough of this social work! I’m going into banking!

Gail began her career at the Bank of Boston in 1968, serving in a wide range of roles through the many mergers that transformed the banking industry over four decades. She was the National Association of Urban Bankers’ (now Urban Financial Services Coalition) 8th and first female president. She has been widely recognized for her innovative achievements bringing financial services to those most in need, with an emphasis on community investment. Major honors include the White House Ron Brown Award for advocating for the needs of minority and low income constituents. She also has been a frequent member of lists that identify leaders and achievers, including Top Business and Professional Women by Dollars and Sense Magazine; and the region’s 100 most influential women by Boston magazine. Ebony Magazine named her one of 50 African-American Women at the top in corporate America. She has received numerous honorary doctorates, including one from Simmons College, where she earned an MBA.

Gail’s banking industry career and community leadership roles include, but are not limited to the following positions: 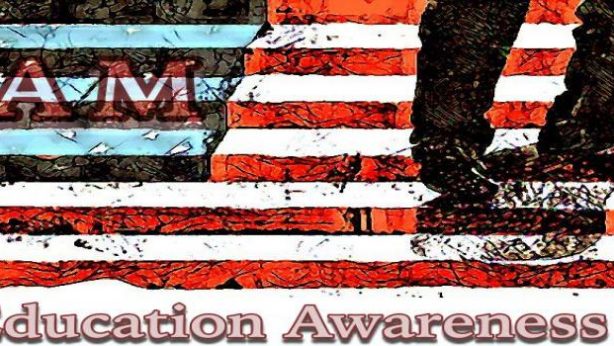 Black Education Awareness Month “ Know the past, shape the...